Air cargo dynamic load factors hit their lowest level since the start of the Covid-pandemic in July as the industry entered the summer slack season, according to the latest figures from CLIVE Data Services.

Volumes for the month were flat compared with the pre-Covid year of 2019 and were up 23% against July of last year. However, capacity in July was up 29% on 2020 but it down 18% on two years earlier.

CLIVE managing director Niall van de Wouw said that carriers responded to the slow down in demand by removing capacity as the month progressed.

“The dynamic load factor for July of 66% is the lowest we have seen since the start of the Covid crisis,” said van de Wouw. “The difference compared to 2019 is also 2-4% pts lower than in recent months.

“The start of the holiday season and its traditional impact on air cargo volumes is obviously a factor, but it’s also clear that airlines are constantly tweaking capacity. Demand has not picked up yet, so they are tightly managing supply.

“Compared to where the market was a year ago, performance on a par with July 2019 is certainly not bad news, but the demand vs. supply ratio is going to remain tight, especially with no signals that the inter-continental passenger market is going to recover anytime soon.” 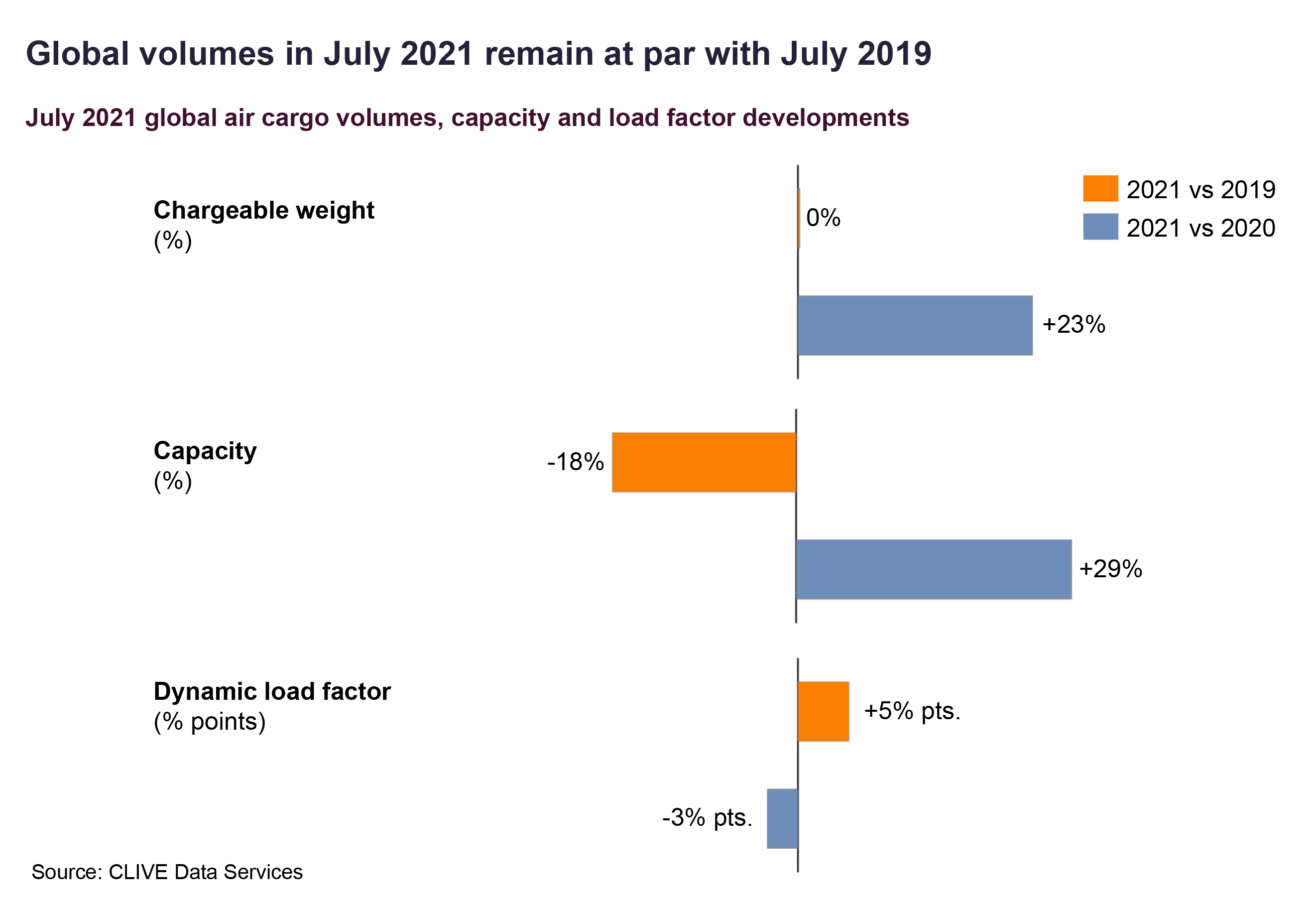 He added that load factors had picked up to 68% by the end of the month.

“So, if those early weeks [of July] were the ‘slack season,’ the load factor was still at a relatively high level and any summer slump was short-lived – but this has to be seen against the backdrop of current capacity trends in the market.

“The rise in load factor during the last two weeks of July was mainly caused by capacity being taken out of the market based on less strong airfreight demand, as we have reported previously.”