Air cargo rates settled down in June as the industry entered a seasonal slowdown in demand, but airlines and forwarders appear to be expecting a busy peak season.

The latest figures from the Baltic Exchange Air Freight Index (BAI) show that average prices from Hong Kong to North America in June fell to $7.89 per kg from $8.70 per kg in May.

These declines are all in line with normal seasonal trends that see rates either ease off or remain fairly flat between the two months.

Data provider WorldACD said that its provisional figures for June were also reflective of a summer slowdown in demand.

The analyst found that volumes had tracked downwards, this was in line with the normal seasonal trends.

“We consulted our database to track volume changes from May to June for the past ten years,” WorldACD said. “On average, we saw a decline of 0.4%. In other words, nothing unusual to be found in June 2021 volumes: the month will end up following the 2019 trend we noted for the first five months of the year.”

However, early indications from the air cargo sector are for another busy peak season with capacity coming under pressure.

Earlier this week Cathay Pacific Cargo announced that it would take the seats out of an extra two B777 aircraft to boost cargo capacity in time for the peak season.

The Hong Kong carrier explained that bellyhold capacity would still lag behind previous years and there was continued disruption in ocean shipping.

“While the worst of the port disruption is over, the ripples in the supply chain are likely to be felt for quite a while, and the question of capacity may again come to the fore with more eyes turning to air,” said Cathay Pacific general manager of cargo commercial George Edmunds.

“These additional aircraft will support our post and general cargo shipments around the Asian region,” said Edmunds.

Meanwhile, forwarder Crane Worldwide has added B747 charter flights in response to ocean supply chain issues and because it expects peak season to commence early in 2021. 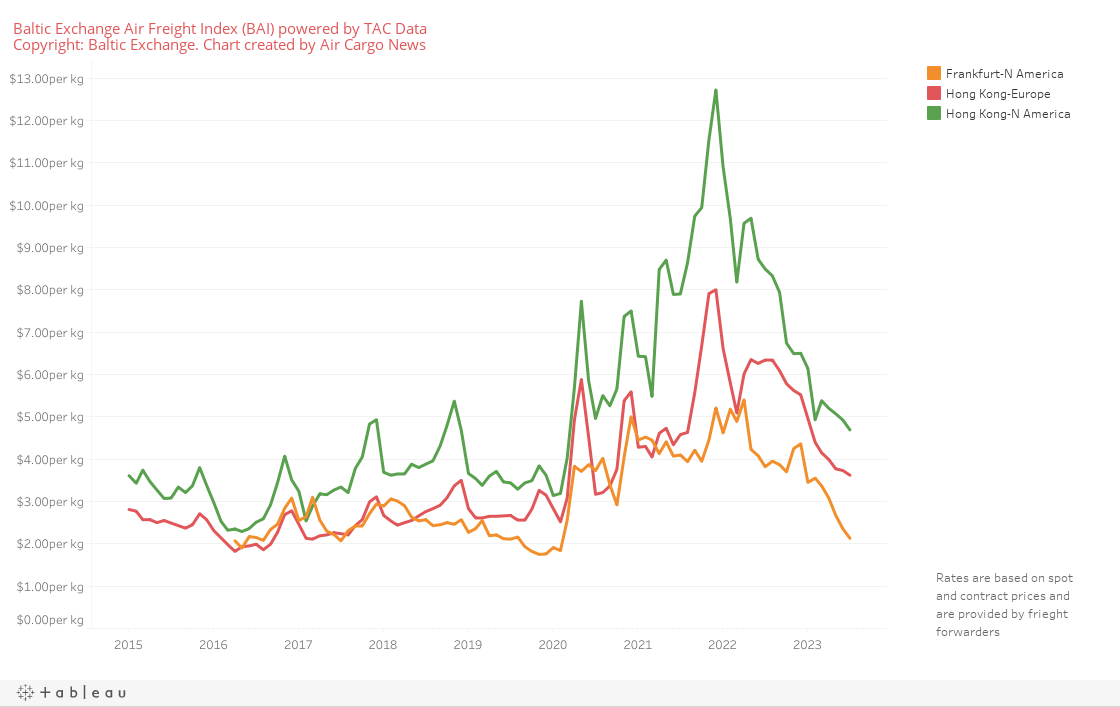